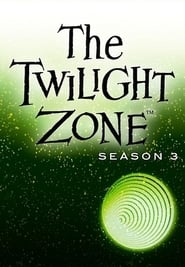 Continuing with Marius Constant’s theme music, a different set of graphics was used for the opening, consisting of a rotating cone with concentric circles suggesting a spiral, receding into a star field. Rod Serling’s narration from the second season was used, with the verse “That’s the signpost up ahead” taken out:

“You’re traveling through another dimension. A dimension not only of sight and sound but of mind. A journey into a wondrous land whose boundaries are that of imagination. Your next stop—The Twilight Zone.” Some subtle changes in the opening’s acoustics were made beginning with Person or Persons Unknown.